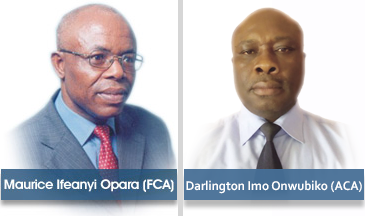 Opara & Onwubiko is based in Jos, Plateau State, in the north-central region of Nigeria, but undertakes work also in several other north-central and north-eastern states of the country, as well as in the federal capital territory of Abuja.

The firm is duly registered with all relevant Nigerian regulatory authorities.